Sunday’s final group play game for the U.S. men’s water polo team was potentially the last game for 34-year-old captain Tony Azevedo, the first and only American water polo player to compete in five different Olympics, and 39-year-old goalkeeper Merrill Moses, playing in his third Games. Both won silver medals with the team in 2008.

Even though the U.S. had already been eliminated and had no chance of moving on to compete for a medal, there was still a lot to play for Sunday, and the team helped Azevedo and Moses go out on a high note, defeating Italy 10-7.

Azevedo had two goals on the night, including the first of the night for the U.S. with four minutes remaining in the first. Moses played the entire second half, stopping six of seven shots that came his way.

The U.S. was eliminated from moving past group play with their loss to Montenegro Friday. Sunday they were playing without Alex Roelse, who was given a brutality penalty in Friday’s game, and Alex Bowen who was suspended Sunday for unsportsmanlike conduct in Friday’s game.

Down 4-2 after one quarter, the U.S. tied the game midway through the second on extra-player goals by Bret Bonanni and Luca Cupido. Each team scored once more before half, with Italy leading 6-5 at the break.

The U.S. regained the lead with 15 seconds remaining in the third quarter when Alex Obert scored an extra player goal to go up 8-7.

Merrill Moses puts aside coaching to play for U.S. in Rio Olympics

"When you go to the Olympic Games and represent Team USA, you're going there to bring home a gold medal," said Merrill Moses.

Italy failed to score in the final eight minutes of play, while Azevedo and Bonanni each put one final goal in to grow the U.S.’s lead to three goals.

The U.S. was 4-6 in extra man opportunities Sunday. Defensively, they had seven steals and five blocked shots.

Italy (3-2) had already clinched a berth in the quarterfinals. The U.S. finishes the Rio games 2-3. 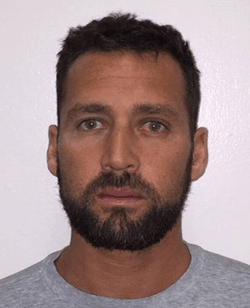