Abrahamson: Team USA shined on and off the track in Rio

Abrahamson: Team USA shined on and off the track in Rio

Here in Rio, in a run at Olympic Stadium that underscores the major up-pointing trend in the American track and field scene, the Americans have — through Saturday night — won 31. The men’s marathon is yet to come Sunday. Those due to run include Meg Keflezighi, silver medalist at Athens 2004 and winner of the 2014 Boston Marathon.

On Saturday night, Matthew Centrowitz Jr. won the men’s 1500m in a front-running, tactically savvy 3:50 flat — the first gold for the United States in that race since 1908. In the men’s 5000, Britain’s Mo Farah won, completing the 2012 and 2016 5000m and 10,000m distance double, the American Paul Chelimo crossing the line second. Moments later, Chelimo was disqualified for a lane infringement; then, later, in the evening, he was reinstated, the first U.S. men’s 5k medal since Tokyo 1964.

Then came the women’s and men’s 4x400 relays. Both American teams won, medals 30 and 31, Allyson Felix anchoring to a sixth straight Olympic victory for the U.S. women, the four women thereafter carrying around the stadium a banner that said, “Thank you, Rio.”

It's easy to appreciate the dramatic contrast between these four American track and field standouts expressing their respect, and the actions of four American swimmers last Sunday in Rio, Ryan Lochte on Saturday acknowledging what he called his “immature behavior.”

The long-term Lochte fall-out remains uncertain. But with his purported robbery story dominating international headlines the second week of the Rio Games, Lochte instantly confirmed the worldwide caricature of the Ugly American.

That, in turn, opened the door for the U.S. track team.

And, in every regard, the track team showed up, performance-wise and character-wise.

U.S. 5000m runner Abbey D’Agostino instantly became a symbol of Olympic goodwill when she and New Zealand’s Nikki Hamblin collided, D’Agostino helping Hamblin up and both finishing the race. D’Agostino, it turned out, had run the final two kilometers of the race, just more than a mile, on a knee seriously injured in the tangle.

“By far the best part of my experience of the Olympics has been the community it creates, what the Games symbolizes,” D’Agostino said afterward in a statement.

“Since the night of opening ceremonies, I have been so touched by this — people from all corners of [the] globe, embracing their unique cultures yet all uniting under one celebration of the human body, mind and spirit. I just keep thinking about how that spirit of unity and peace is stronger than all the global strife we’re bombarded with and saddened by on a daily basis.”

This 2016 U.S. track and field team, amid a contentious presidential election back home, showed off the best — repeat, the best — of America: pluralism, tolerance, teamwork, sportsmanship.

As women’s hammer thrower DeAnna Price said, “I really want to thank the USOC and USATF for giving us this opportunity. Without them, we wouldn’t be where we are today. We are spoiled and it’s really nice.”

Late Saturday, after running in the women’s 800, Kate Grace volunteered to reporters, without even being asked about the federation, “USATF has been amazing. I really feel like part of the group now.”

When Kerron Clement fell to his knees in victory just after 12 noon Thursday past the finish line of  the men’s 400m hurdles, who came over to offer congratulations? The decathlon champion Ashton Eaton, who would go on Thursday evening to win his second straight gold medal, in an Olympic record 8,893 points.

The American women, it should be emphasized, keyed the team’s success, highlighted by the 1-2-3 sweep in the women’s 100m hurdles (Brianna Rollins, Nia Ali, Kristi Castlin), a first-ever gold in women’s 400m hurdles (Dalilah Muhammad) and first-ever American medals of any color in events such as the women’s 3000m steeplechase (Emma Coburn) and women’s 1500m (Jenny Simpson).

Afterward, she said, “I’ve been to three Olympics, so I hope I’ve learned something along the way. I was trying to pull from my experiences and just give it all on my last throw. I’m just grateful that I had this moment. This only comes around once every four years or once in a lifetime.”

These words underscore the huge and ongoing change in American track and field culture: increasingly and appropriately, the focus is right where it should be: on the athletes. And more — amid chief executive Max Siegel’s low-key but get-results way, it’s empowering athletes and staff to aim big and get the job done.

USATF revenue has more than doubled since Siegel took over just before the 2012 London Games, up to roughly $35 million this year. A 23-year, $500 million deal with Nike guarantees financial security; that deal, meanwhile, was just the trigger for a slew of new corporate sponsorships.

At headquarters in Indianapolis, Siegel and chief operating officer Renee Washington have — finally — made it clear that the professional staff is in charge, not volunteers spread all over the country.

At the international level, U.S. candidates won every elections held last year for track’s world governing body, the International Assn. of Athletics Federations. Stephanie Hightower — nominated by the USATF board in place of Bob Hersh — is now one of IAAF president Seb Coe’s key advisers.

The 2016 world indoors were staged in Portland, Oregon, in March. Eugene played host to the 2014 world junior championships; the 2021 world championships will be back in Eugene.

Personality-driven politics has long dominated USATF culture. Some of that still lingers, with critics seeking to find something — anything — wrong with Siegel’s approach.

The doubters, moreover, consistently said that what really matters is performance, and such performance when it counts most, at the Olympic Games.

The Rio total, 31 and maybe counting, offers the clear and concise checkmate.

Another facet of Siegel’s approach is to reflect credit onto staff. The Rio performance can thus be attributed in significant measure as well to Duffy Mahoney, USATF’s chief of high performance, as well as Robert Chapman, the federation’s sport science director, and Tim

“Having fun doing what I love to do and working with a great bunch of people. It doesn’t get any better than that,” Mahoney said late Saturday. “Trust me.”

Sometimes what staff does seems small but is big. Chapman, for instance, found apartments for distance runners near the Navy School. That afforded better options for training.

Sometimes what staff does is itself just big — Chelimo’s reinstatement, for instance, even though that bumped the 41-year-old American Kip Lagat out of the medals.

Late Saturday, Lagat said: “I feel like, ‘Yes, things happen.’ I guess if the rules are like that, whatever decision they want to make tonight I'm going to accept it. Then again if they tell me they gave it me by accident and take it back, no problem."

The U.S. women’s 4x100m relay team got a re-do after an improper bump-and-run in Thursday’s prelims — qualifying for Friday night’s final, then blazing to victory in 41.01 — for two reasons:

One, Weaver had emphasized at a pre-competition team meeting that USATF stood ready to protect its athletes’ interests on the field of play but the athletes, for their part, had to do their part  — for instance, finishing a relay in case of a dropped baton.

Two, when Felix, trying to pass to English Gardner, got bumped, the baton clattering to the blue track, Felix had the presence of mind to tell Gardner to go get it and run. Mahoney, with relationships built after decades in track and field, could then go present — successfully — the Americans’ case to international officials.

After running, this -- unrehearsed, unprompted -- is what Felix had to say in the area where athletes meet reporters:

“At our technical meeting, Tim Weaver really emphasized that if something happens, you have to pick up the baton and finish in order to protest. After the race, I was texting him, saying, ‘Thank you.’ I was so grateful, and USATF really advocated for us.”

The 4x100m and 4x400m relays made for Felix’s fifth and then sixth Olympic golds — most-ever by any woman, any country, in Games track history.

Ryan Crouser won gold in the men’s shot put with an Olympic record throw, 22.52m, or 73-10 3/4. A recent master’s degree graduate in finance (with honors) from the University of Texas at Austin, this is how he summed up his experience:

“It’s been a great preparation. I came down here early, some guys decided to come in late. I came in early and did opening ceremonies. This was my first Olympics so I wanted the full Olympic experience. It worked out well and practice couldn’t have gone any better. The USATF and USOC has been doing a great job giving us the opportunity to train not only in the U.S. but also down here, so I owe a lot to them.”

When Emma Coburn won that bronze in the women’s 3000m steeplechase, and Siegel offered congratulations, she said in a text message in return, “Thank you, Max!”

On social media, it was much the same from other Americans.

From Jenny Simpson, that bronze in the women’s 1500:

From Brianna Rollins, who led an unprecedented 1-2-3 U.S. sweep in the women’s 100m hurdles:

Kendricks is a second lieutenant in the U.S. Army. During a practice jump here at Olympic Stadium, ‘The Star-Spangled Banner’ came booming out over the loudspeakers. Kendricks stopped, mid-run, put his pole down and stood at attention.

Kendricks was far from the only one, however, to sound just the right notes when it came to the red, white and blue.

“The medal is incredible,” Simpson said after Tuesday’s race. “To be the first American woman to medal in the 1500m is something that I have not allowed myself to think about until now. It feels incredible.

“This has been a long ride of highs and lows and hopefully every American watching me race tonight can take a small piece of ownership in this medal.”

Alan Abrahamson is an award-winning sportswriter, best-selling author and in-demand television analyst. The PyeongChang Olympics are his tenth Games, and eighth with NBC. When the Games are not on, find him at his website, 3 Wire Sports. 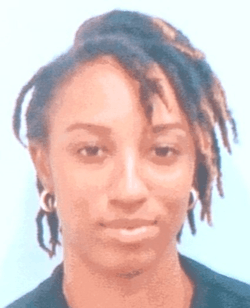