The crowd cheered as Sebastian Brendel pumped both of his fists in the air and accepted the gold medal from Tony Estanguet, a three-time Olympic canoe slalom champion.

Brendel of Germany teared up after the conclusion of the German national anthem; the reigning Olympic champion has successfully defended his title.

As a heavy favorite in this event coming into the Games, Brendel knew that defending his title wasn’t going to be easy against the likes of Isaquias Queiroz of Brazil.

Brendel was neck in neck with Queiroz and Moldova’s Serghei Tarnovschi, who was ahead at the first split.

Brendel pulled away eventually, but not without a fight from Queiroz, who started making his way back in the last 250 meters, but couldn’t catch Brendel. Queiroz finished second, Tarnovschi third.

Brendel became the first man to defend his Olympic title in the men’s C1 1000m in 64 years – the last man to win back-to-back Olympic golds in this event was Josef Holecek of the former Czechoslovakia in 1948 and 1952.

Queiroz’s silver medal is the first-ever medal in Olympic canoe/kayak events. Queiroz will also be racing in the men’s C1 200m and the men’s C2 1000m, where he is the reigning world champion. He is a medal contender in both events.

Moldova beat out Russia for bronze in the men’s C2 500m event at the 1996 Atlanta Games in a photo finish. Tarnovschi, who finished third in the C1 1000m at the 2015 World Championships, brings home Moldova’s second canoe sprint medal.

The Hungarian flag was raised during their national anthem in the victory ceremony as Gabriella Szabo and Danuta Kozak wiped away tears. The Hungarian women dethroned Germany’s Franziska Weber and Tina Dietze and are the new Olympic champions in women’s kayak double (K2) 500m sprint.

Hungary has won more medals in this event (now 10) than any other country.

Weber and Dietze of Germany won the women’s K2 500m in London.

Christ the Redeemer painted a picturesque backdrop to the New Zealand flag during the victory ceremony as Lisa Carrington smiled ear to ear on the podium. She has officially defended her Olympic gold medal and is once again Olympic champion in the women’s K1 200m.

In the process, Carrington finished with an Olympic best time of 39.864 seconds. She became the first New Zealand woman to ever win consecutive Olympic gold medals in canoe/kayak sprint.

Carrington has won the last four world championships in this event.

Poland’s Marta Walczykiewicz won silver. She has finished second behind Carrington in each of the last four world championships.

Inna Osipenko-Rodomska of Azerbaijan took home bronze. Osipenko-Radomska was the silver medalist in women’s K1 200m in its Olympic debut in London. This is her fifth Olympic medal overall. Her previous four medals were won for Ukraine. This is the first Olympic medal in canoe/kayak ever for Azerbaijan.

Marcus Walz got choked up standing atop of the podium during the victory ceremony of the men’s K1 1000m. Walz is now an Olympic champion and won Spain its first Olympic medal in this event.

The youngest paddler in Final A at 21 years old, was born in England to an English father and German mother, but grew up in Majorca, Spain.

It was a suprising finish since Walz wasn’t on anyone’s radar to medal in this event.

Portugal’s Fernando Pimenta pulled away early and maintained the lead passing the halfway point, about a second ahead of the competition. However, Australia’s Murray Stewart pulled forward and took the lead.

With 250m to go, Stewart was in the lead, followed by Russia’s Roman Anoshkin and Czech Republic’s Josef Dostal. Pimenta slipped out of medal contention to fourth.

Out of nowhere, Walz, who didn’t appear to be in contention at the halfway point, and was over two seconds behind the leader at the 250m mark, timed the race to perfection. Walz motored forward to take the lead in the final seconds to win gold.

Czech Republic and Russia overtook Portugal and Australia for silver and bronze. 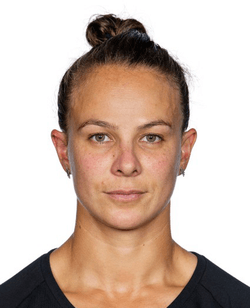 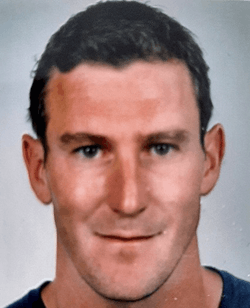