RIO DE JANEIRO (AP) — Despite a constant stream of doping bans in weightlifting, a pair of Olympic medalists defended their sport's integrity.

Sohrab Moradi of Iran won the gold medal Saturday in the men's 94-kilogram category, followed by Vadzim Straltsou of Belarus and Aurimas Didzbalis of Lithuania.

Didzbalis, who served a ban between 2012 and 2014 for steroid use, said he wanted the focus to be on the superhuman achievements of the lifters, not chemical assistance.

"We can lift very big weights, while ordinary people wouldn't even be able to move it or even think about it," Didzbalis said. "There are always haters but I cannot do anything about it. It's just the way it is."

Moradi has also served a two-year doping ban, while Straltsou's Belarus team was almost banned from the Olympics entirely over repeated doping cases.

Asked if the sport's doping image devalued the Olympic competition, Moradi said: "No, I don't accept your idea."

Moradi won Iran's second weightlifting gold medal of the Rio de Janeiro Games with 182 kilograms in the snatch and 221 kilos from his first clean and jerk lift for a total of 403 kilos.

The field was depleted after Polish brothers Adrian and Tomasz Zielinski both failed doping tests in the days before the event. Adrian Zielinski was 2012 gold medalist in the 85kg class, while Tomasz is the reigning European champion.

There were also no Russians taking part because their entire team was banned for bringing the sport into disrepute with repeated doping cases. Also missing was Kazakhstan's Ilya Ilyin, the defending Olympic champion and world-record holder at 94kg, who failed retests of his samples from his 2008 and 2012 Olympic wins — though he had moved up a class ahead of the Rio Games.

While a minority of competitors in Rio have expressed anger at drug cheats, Moradi said he felt sorry for those who were caught and served bans.

"I'm very sad and also I love Ilya," he said. "I'd like Ilya to be here and also the two Polish people."

Moradi said his ban for methadone use was caused by a mistake over a painkiller, rather than intent to enhance his performance, and the gold medal was the result of hard work during enforced isolation because of the ban.

"I was training very hard in my house. Some people were laughing at me ... Some people said, 'Why are you training?'" the Iranian said. "I had a goal and trained very hard."

Moradi is the third weightlifting gold medalist of the Rio Olympics to have previously served a doping ban, after Nijat Rahimov of Kazakhstan in the men's 77kg and Sukanya Srisurat of Thailand in the women's 58kg.

Of the 45 medalists in weightlifting from 2012, at least 20 have failed doping tests at some point in their careers, according to the International Weightlifting Federation. As many as 12 medals could be reallocated due to retesting of samples from the London Games. That includes the gold, silver and bronze from the women's 75kg division. 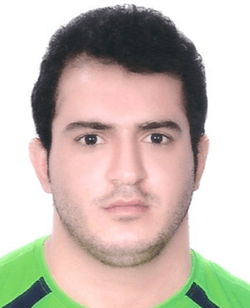